Panji Gautama is the Head of Engineering in Grab Indonesia. He started out as a game engineer before becoming a backend engineer for an e-commerce company. He took a leap of faith when he explored his entrepreneurial side and built his very own software house. That was when he crossed path with the founders of Kudo. Initially, he was reluctant to move to Jakarta from Yogyakarta but after getting to know the founders better, he changed his mind. “I feel that they always care about their people and they put their people on top of their business. That’s what struck a chord in my heart. I think they are really good people who genuinely want to make an impact, for Indonesians.” After working for 3 years in Kudo, he was promoted to Head of Engineering (Grab has since acquired Kudo in 2017).

Through further conversation, it is easy to see why it was the people-centric quality that moved him, both literally and metaphorically.

Panji has always put people first, be it outside or during his job. When I asked him about his team, he gleamed and said that he is proud of them.

“Typically, Indonesians are very passive people, especially the engineers. Therefore, over the years, I have invested my time in encouraging them to become more assertive. Now, they have become much more confident and comfortable with proposing initiatives and asking questions. I’m really proud of them.”

He went on to explain how he developed his team by empowering them. He summarised it as a three-pronged approach, executed step-by-step. It definitely seems like he has it all thought out.

“First, to create a ‘fail-safe’ environment with a blameless culture. It is important to provide the psychological safety where they feel it is okay to make mistakes as long as they admit it and learn from it. When mistakes happen, we don’t point fingers at one another too. We just focus on learning from the mistakes.

Second, to encourage them to be more curious. When it comes to idea generation, we do it ground-up instead of top-down. Therefore, the leaders always encourage the teams to initiate ideas instead of forcing an idea down their throats.

Third, to provide a platform for them to do more experimentation. Examples of such would be  organising hackathons, small problem-solving quizzes and so on.”

“My objective is always to try to get all of the people onboard when making decisions and help them to feel a sense of ownership to the project, and how they are part of something much bigger.”

His commitment in developing the personal and professional growth of the individuals in his team is an impressive feat. However, being a manager hasn’t always been smooth-sailing for Panji. He said he had learnt from his past mistakes during the early days of being a manager. He figured out that good employees will leave if a manager didn’t take care of his/her people, and this would negatively impact the company’s productivity.

“It is important to always put people as the top priority because when people feel engaged and are part of the team, they will be more enthusiastic in contributing and working more productively.”

With that in mind, it is no surprise that he looks for candidates with the right cultural fit during hiring. He believes that the new joiner should fit into the existing team composition such that the team can work well together.

Beyond a manager, Panji is a good son, husband and father. When his father fell sick few years ago, he stepped up to be the pillar of support in his family. He worked very hard and learnt as much as he could so that he can support his family. “I got up early at 4am, arrived at office at 6am, and left office at 11pm,” he recalls.

Panji had a daughter about a year ago. He talks about how having a child for the first time has changed him to become more selfless and to put others before himself. One can see how he has brought this newfound selflessness to his workplace as well. He emphasised, “This is a quality that all leaders should have. A leader needs to put in the time and effort to develop his/her people.” 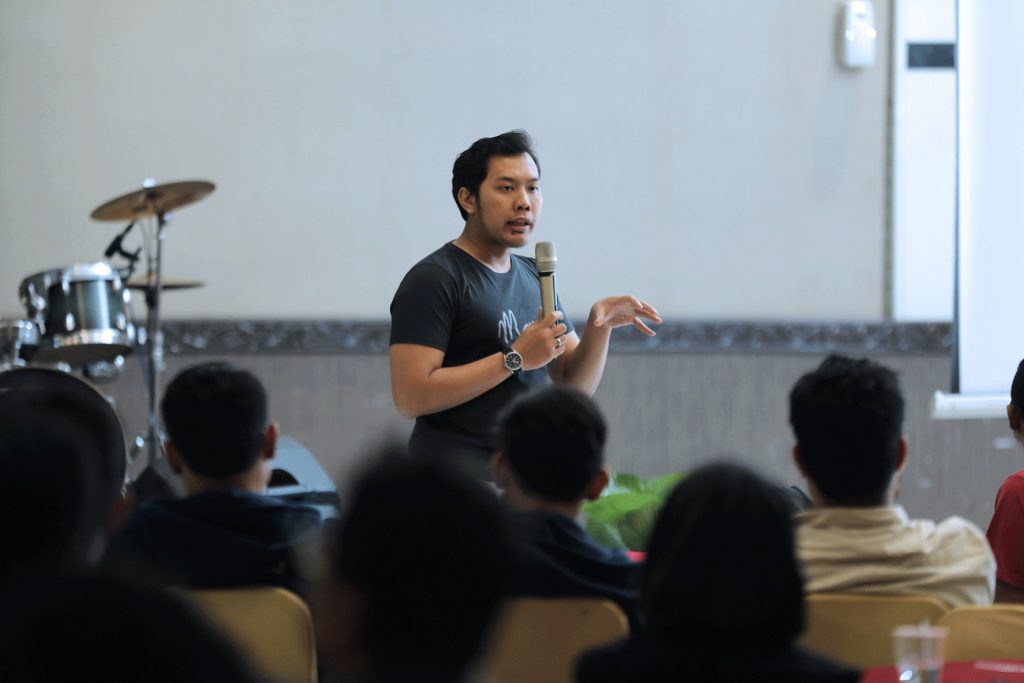 When asked to defined success, he replied: contribution to the community.

“The thing I ask myself everyday is whether I am contributing to the communities, and that includes my family, my friends, my colleagues, my company. I ask how I can better help them.”

It is his dream is to make an impact in people’s lives and he is glad that his work at Grab and Kudo allows him to help improve the lives of our users, drivers, merchants and agents.

Not only has Panji helped his team and family, he has done so for the people in Indonesia, his home. As far as we know it, Panji is already living his dream and on the path to (his version of) success.

What Business Looks Like From the Lens of 5 Students